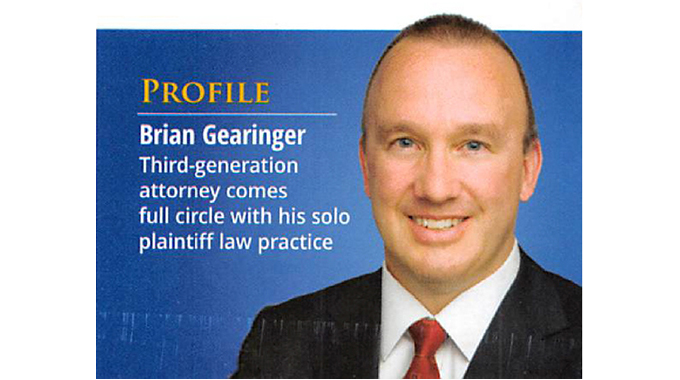 When Brian’s friend attorney Edward Casey congratulated him on the recognition Brian responded that it is a sign that “we are getting old when we start getting lifetime achievement awards!”

Brian shared with his office colleague Mike Keck that the profile was bittersweet because Brian could not share it with his dad who died last May. Mike responded that he was certain that Brian’s dad was well aware of the honor.

Brian’s wife and son were unimpressed, thus assuring that he would not suffer from an inflated sense of self-importance.

I played football for Denison University. Last century, I tell people now that I solidly…

I am the footer call-to-action block, here you can add some relevant/important information about your company or product. I can be disabled in the theme options.
Get In Touch
Copyright 2022 - All Rights Reserved
Back To Top
×